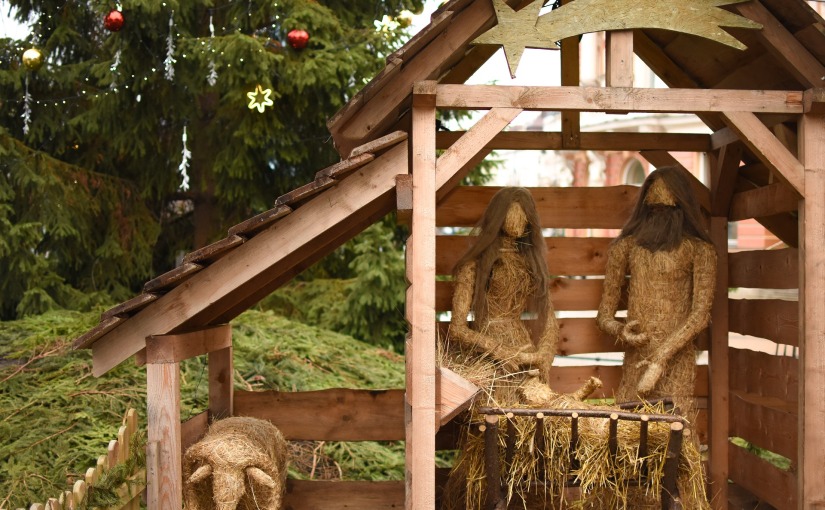 In the first century, the day we now know to be 25th of December (on our later Gregorian calendar) was a big party in the Roman empire. Dies Natalis Solis Invicti was a celebration of the return of the invincible sun god. This was an opportunity for folks in the northern territories to celebrate the point in winter when the days begin to get longer again.

Christianity became the dominant religion in the Roman empire, so why celebrate Christ’s birth on 25th December? Did the Christians try to compete with the Roman celebration? Did they copy it?

One – the date is just a coincidence! Some people in the early church actually thought Jesus might have been born on 25th December. They based that on the assumption that he must have been conceived on the date of his crucifixion, and they put that at 25th March. So – nine months later would be 25th December. Yet – to be honest – this all seems a bit tenuous to me.

Two – the Church reclaimed the pre-existing Roman party on 25th December. The Christians decided not to cancel the party that so many people had grown up with and looked forward to each year. They didn’t want to stop the celebration of the “return of the sun.” Instead, they decided to RECLAIM the party as a celebration of the coming of “the SON of God.” They weren’t saying that Jesus was actually born on December 25th. They were saying his birth was worth throwing a party about…and the pre-existing party seemed a great time to do it.

And so – those in the Western Church have celebrated Christmas on 25th December ever since. It’s not his actual birth date. It’s the date when the fact of his birth is celebrated.

By the way – Dickson reminds us that the Eastern Church (everything East of Greece) celebrates Christmas on 6th January, not 25th December.

One thought on “Was Jesus Actually Born on 25th December?”