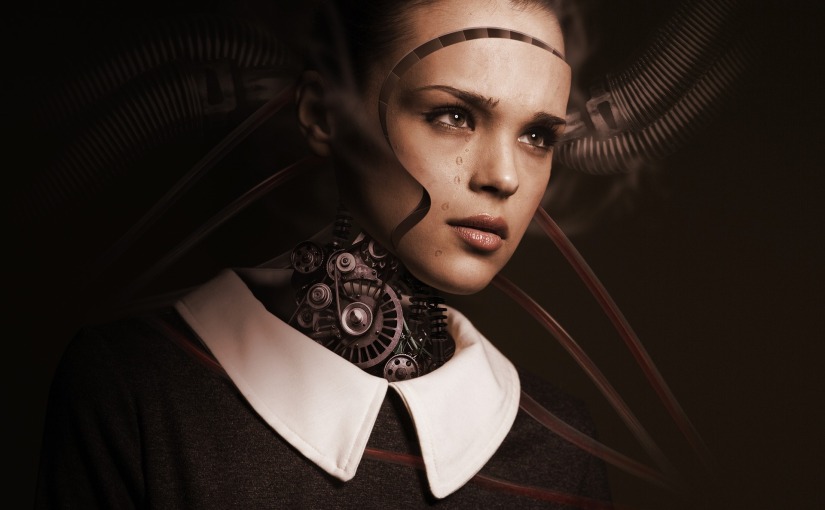 You know there’s a new Terminator movie coming…right? How vulnerable are we to Skynet and the threat of dangerous, killer robots? I don’t mean the characters in a movie. I mean us. In real life?

Jeff Bezos says we are in a golden age of AI.[1] Who are we to disagree with him? His company Amazon are using cool AI techniques to get orders placed, processed, packed and delivered to us more quickly than ever before. It’s not just Amazon. Netflix use AI techniques to improve video quality while we binge our telly, and Uber use AI techniques to find a driver quickly. Actually…our lives are increasingly affected by AI. And – we are always looking forward to the next new and cool application of AI that brings us our next dopamine hit!

I studied Computer Science as an undergraduate, and I’ve worked in embedded software as a developer and applications engineer for thirty years. I’ve loved the stories about sentient machines, but I’ve never thought we were at risk of ever seeing one. I love the AI techniques that make life easier for us. But I’ve never expected machines to take over from the people coding their algorithms. Am I right to think so?

Bob Marks, Director of Walter Bradley Institute and Distinguished Professor of Computer Engineering at Baylor University would agree with me. He defines AI as “anything we can do that is gee whiz with a computer.”[3] Are there things that a human can do that AI cannot? Absolutely. AI is a technology that is coded for by humans, and there are vitally important characteristics of humans that AI cannot share.

In order to write code, the engineer must engage his creativity. The human experiences qualia, they are conscious as they design the latest clever algorithm. But creativity is not a trait that is codable for.

All computers conform to the Church-Turing thesis. This effectively means that computers today cannot do any more than they could do in the 1930s. What they CAN do…is do the same thing many billions of times faster than before. Computers execute pre-coded algorithms increasingly quickly. That is all.

For Skynet to rise, AI must be capable of coding smarter AIs, which in turn code smarter AIs. Only humans are creative in this way. AI isn’t.

2 – What is Computer Creativity?

Marks says computers can’t become creative, and he appeals to the Lovelace test to explain why.[4]

If a computer program responds with an output that cannot be explained by the original actions of the computer programmer, then we can say the computer is displaying creativity. Studies have shown that computer programs can make surprising actions, but they always stick to the bounds of their programming. They don’t creatively develop new capabilities in the course of their operation. Computers follow the algorithms they have been coded to follow. You cannot code for creativity or consciousness.

3 – But What About Advanced Deep Learning, Neural Networks?

It sounds pretty short sighted to say AI can never be creative. Or is it?

We need move beyond fun fantasy and start to understand what it is the computers can and cannot do. I knew someone once who called computers “very fast idiots.” The most advanced deep learning neural networks that are being developed today are an example of his judgement.

By allowing a deep learning network to go over the game of GO again…and again…and again, it can get to the point of being able to soundly beat the GO world champion. Google’s AlphaGo did this convincingly, soundly winning a three match series.[5] But does that mean that AlphaGo is smarter than the human its playing? No – it means AlphaGo can play Go better than the human. That is all.

Think about it this way.

AlphaGo made surprising moves when playing Go…and these moves allowed it to win the matches. So – it was just doing what it was coded – and trained – to do. But is AlphaGo truly creative? If it asked for a drink, or made an insightful observation about its opponent’s financial situation between moves – these would be instances of AI creativity. But AlphaGo cannot do this.

Neural networks are not creative. They are good at dealing with specific tasks that display high levels of ergodicity. It’s trained to do a very specific task – to play Go. Nothing else.

For example, studies have been done around training them to recognise tanks. But you would never use them on a real battlefield. Why? Bob Marks explains that it turns out the networks spent more cycles learning about the landscape behind the tank than the tank itself! Also, the use is so very specific – that you could not trust it in constantly changing battlefield conditions. The computer algorithm is not conscious and it cannot explain what it is doing. Rather – it is following very specific, repeatable rules. When the situation changes and no longer matches the conditions trained for, the computer lacks any creativity to deal with this situation. Battlefields are all about changing situations! Neural networks would be instantly vulnerable to making bad decisions.

So much for Terminators.

4 – What About Quantum Computing?

Marks thinks this is possible for some people. But he also thinks this will give humans increased time to enjoy life and do more creative jobs that AIs are incapable of doing.

In summary, Marks reasonably concludes that while AIs will improve the quality of our lives, they will not pose any threat to us. Unless, of course, someone applies one of these dumb, non-creative machines in inappropriate ways! But then there’s nothing new there. It’s not Skynet that threatens us…its actually other people and ourselves.

[2] Way of the Future Church, http://www.wayofthefuture.church/.