I’m wondering whether Chris O’Dowd was caught on an off day.

He was recently quoted by GQ magazine as saying he reckons following a religion will eventually become as offensive and unacceptable as racism is today. He says…

“…religion is ruining the world… you need to stop! There’s going to be a turning point where it’s going to be like racism. You’re not allowed to say that weird sh*t! It’s mad! And you’re making everybody crazy!”

I’m guessing that by “religion”…Chris refers to people who believe in a higher purpose…and ultimately the existence of God (altho some religions don’t go that far). Whatever he means – his comments surely are leveled at Christians. Right? As a Christian, I believe in God…I believe in Jesus Christ. So I guess his comments apply to me.

And I’ll tell you why.

If we look back a few hundred years, we had a big problem in the British Empire (back when Britain was great – right?). Part of our African trade involved buying and selling African slaves. To Brits in the late 1700s, slavery was just part of everyday life.

Britain treated those of a certain colour as less important than everybody else.

Britain treated them as objects, as property.

Now – surely that describes racism applied on a national scale?

Enter one man – William Wilberforce – who challenged this appalling state of affairs. He stood against slavery – and therefore racism – in the strongest way. In fact – for 18 years he regularly proposed anti-slavery motions in British Parliament. And they were continually swept aside by the business people who profited from slaves. That is…until 29th July 1833 when the act to free slaves in the British Empire was finally passed in the Houses of Parliament.

The thing is – William Wilberforce was a very devout Christian. In fact – his Christian faith was one of the things that drove his anti-slavery activism.

You see – the Bible teaches that every person matters to God. There’s not one person we lock eyes with – that God does not care about. Now – groups of Christians will sometimes disagree on lots of things – it is not The Worldwide Church’s most attractive quality! But this particular fact is foundational to all followers of Jesus Christ. People are made in God’s image, they are precious, they are given a unique dignity by the Creator and God has gone incredible lengths to reach out towards each and every one of us.

People matter to God. William Wilberforce knew this. That’s why he gave his life to abolish the enforced slavery of people God loves.

So I would ask this. If Christianity can

…on what grounds can you claim that Christianity is a danger to society today? Christianity and racism are such polar opposites – that William Wilberforce devoted his life to eliminating institutionalized racism within the Great British Empire. What’s not to like?

I’m baffled that Christianity would be likened to such a hateful, segregating, controlling and evil period in Britain’s past. Jesus Christ came to bring freedom – not bondage. That’s the whole point.

A contemporary of Wilberforce was Lord Shaftsbury who, in the 1800s, reformed appalling working practices that were springing up as a result of the new Industrial Revolution. The least important in society  – women and children – were abused in the name of business. Lord Shaftsbury transformed the lives of countless workers and is remembered as a reformer and friend of the poor. You know where I’m going with this…he was a committed Christian. There’s a direct line between his faith in Christ and his social action. 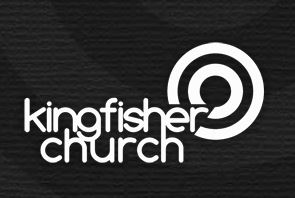 Thinking about the 21st century for a moment, the Christian Church that I serve in as a leader – Kingfisher Church – is also working towards reclaiming and recognizing the inherent dignity of marginalized people in British society. In our case – these people are adults with learning difficulties.  Without seeking to blow our own trumpet – there are Christian leaders at Kingfisher Church today who are moving in similar circles as William Wilberforce did so many centuries ago.

Because people matter to God. Every single one of us do. We always have done. We always will do. And anyone who has been a Christian for 5 minutes instinctively begins to long that society would reflect that.

What is so offensive about that? What is so abhorrent about valuing people so much that we choose to work towards making society a better place?

He came as a Doctor to the sick,

As a Light in the darkness,

To bring Life to those facing death.

He brings Hope to the hopeless and

Sight to the blind.

And his intention is that Christians everywhere would join him on this path.

Christianity is not a threat – it’s the only life raft that’s available, folks.

“The Spirit of the Lord is upon me, for he has anointed me to bring Good News to the poor. He has sent me to proclaim that captives will be released, that the blind will see, that the oppressed will be set free, and that the time of the Lord’s favor has come.” Luke 4:18-19, NLT